“Because my Dad had a bad heart, I grew up never seeing him lift anything.  Three and a half months after Dad’s 1986 heart transplant, I watched my sixteen month old son race toward Grandpa.  Dad reached down and swooped him up into his arms.  I realized that the first thing he had lifted in twenty years was his own grandson.  Eighteen months, later, my daughter was born, gravely ill.  Only my Dad said:  ‘I just know she’ll live.’ 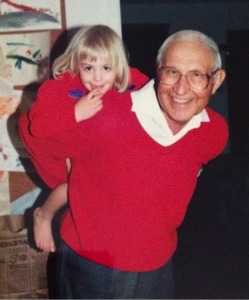 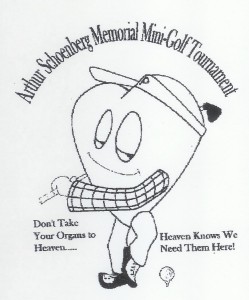 Marcie’s commitment to helping people consider organ donation and discuss the issues with family and friends led her to  establish the Arthur Schoenberg Memorial Mini Golf Tournament for Organ Donor Awareness which brought generations of Arizona State University college students together to learn  from recipients and from recipient families, represented by Marcie, about organ donation. 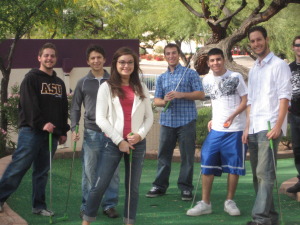 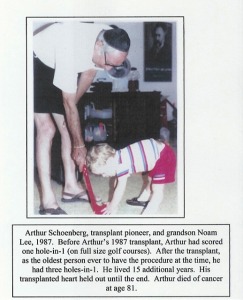 Before his heart transplant, her father, an avid golfer, had gotten one hole in one—after his transplant, he had three—The tournament and the speaking she does on Organ Donation honors his courage, the courage of doctors and health professionals who research and perform transplants, the courage of individuals who are organ donors, and the generosity of families who donate their loved one’s organs. 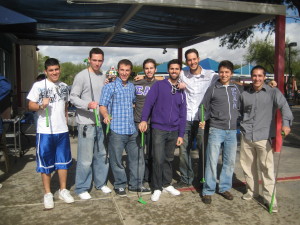 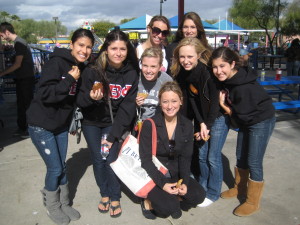 In 2009, Marcie’s husband, burned by fire in a freak accident, received a donation of human skin that saved him from multiple painful surgeries including autograft.

She speaks on diverse aspects of Organ Donation:

She wrote and conducted for her father, her father’s transplant team at UCLA hospital, and friends of the Schoenberg family, “A Service of Tribute to Arthur Schoenberg to Celebrate the 10th Anniversary of His Heart Transplant,” November 17th, 1996

Arthur Schoenberg was, in 1986, the oldest person ever to receive a heart transplant, the experimental case designed to see if older organs, placed into older people (the cutoff age at the time was fifty five and he was sixty six).  He lived 16 years, seeing his grandchildren grow up, and died of prostate cancer, his heart still going strong.  As a result, people in their late fifties, sixties and seventies began receiving heart transplants.